Alexa is an AI virtual assistant that is here to transform your life. You can control it using voice commands to get it to play music, set alarms, and so on. But, if you want to control your smart home with Alexa, you may need to keep it plugged into work.

Surprising as it may seem, Alexa devices do not come with built-in batteries, so they need continuous power.

Read on further to find out why Alexa cannot work without power and what happens when you unplug Alexa. So, without any further ado, let’s dive right in!

Does Alexa Have To Be Plugged in To Work? Here’s Why

Alexa, an AI voice assistant developed by Amazon compatible with Echo devices, needs to be plugged in to work. This rings true for significant models of Echo devices, including Echo plug, Echo dots, Echo Show, etc.

It is not possible to run voice commands over Alexa without any power. This is mainly because many Amazon Echo devices need electricity to operate.

Why do you need to plug in Alexa?

Yes, it is typical to wonder why Alexa needs to get plugged in despite being so technologically advanced. The main reason is that Alexa doesn’t come with an inbuilt battery to power its operation.

Can you run Alexa without plugging it in?

Alexa is compatible with a variety of smart speakers. But, you can use Alexa over voice commands with Echo devices only. The only limitation of using Echo devices is that most are not battery-powered.

Hence they need an electricity source to remain functional. It won’t work without connecting the Echo device to a power source, it won’t work. So, unless you own a battery-powered or battery-compatible Echo device, Alexa won’t be functional.

Does Alexa work without internet connectivity?

To use Alexa’s voice command function, you must ensure that it gets connected to the internet. It is because, without a wifi connection, the Amazon cloud wouldn’t be able to operate.

Since Alexa relies mainly on the Amazon cloud, it is why it needs a continuous connection. Especially if you ask Alexa to play news or music, it won’t be able to perform the function without the internet.

In case your Alexa is not connected to the internet. It will show a message “Unable to perform voice commands without wifi”. So, even if you have power but there is no wifi connectivity. In such a case, it will be impossible to use Alexa.

Can you use a portable battery with an Echo Device?

The answer to this question is much more complicated than it may seem. Yes, you may be able to use a portable battery, but it is only compatible with a few Echo devices.

This portable battery option doesn’t work with a majority of Echo devices. But there are some versions of Echo Dot and Echo Plus that run on a rechargeable battery base.

The rechargeable battery base makes the Echo Device portable. It allows you to take Alexa with you without the hassle of plugging in and plugging out. You get a runtime of about 6 to 9 hours of Echo Device on a full charge of the battery base.

This may give you the freedom to move Alexa around at your place. But, in case you need to step out of your house. Then you may need to reconnect Alexa by entering the setup mode to your wifi connection.

Does unplugging Alexa save power?

Since Alexa needs to get plugged in at all times, you may think that it consumes a lot of power. It can be tempting for you to unplug Alexa when not in use.

But, contrary to the common belief, all Echo devices are highly energy efficient. They tend to increase your overall electric bill slightly.

So, even it doesn’t make a significant difference even if you unplug Alexa or keep it plugged in at all times.

According to the experts, you must keep Alexa plugged in when it is working and also when it is sitting idle. If you unplug Alexa, you may need to set the device all over when you plug it in again.

What happens to Alexa when you unplug it?

If you unplug your Echo device with Alexa, it will turn it off. Without an Echo device, you won’t be able to operate Alexa with voice commands.

In short, Alexa will not be able to perform the functions that it is programmed to perform. You can only use Alexa as a Bluetooth speaker when you unplug it.

You can directly unplug the Alexa Echo device without worrying about it getting damaged. Unlike regular computers, Echo devices do not come with a separate power button.

So, even if you unplug it and switch it off. It won’t do any damage to the Echo device. The Echo device will boot up normally the next you plug it back.

Do you need to unplug Alexa at night?

When not in use or sitting idle, Alexa automatically goes into sleep mode. You don’t need to unplug Alexa when you sleep at night.

If you want to keep Alexa listening for noises during the night, you can mute its microphone. But, if you do so, you won’t be able to use voice commands asking Alexa to wake up.

Instead, you may have to perform the function by yourself manually by pressing the button and switching on the mic. If you have an alarm programmed on Alexa, it’s better to keep it plugged in during the night.

Will Alexa reset without power?

Not really; Alexa will not reset without power. This is true as long as your use the same wifi connection as you used before for connectivity. Once you plug Alexa back in, it will automatically remember its settings and connect to the wifi.

Does Echo Show need to be plugged in all the time?

Does Alexa show 5 have to be plugged in to work?

Yes, Alexa show 5 has to be plugged in to any external power source to work regularity. However, if not in use you can leave it powered off.

There are a few models of Echo devices that may come with a battery base and work without continuous power. But, as for Alexa, you may need to keep it plugged in at all times.

Due to their energy-efficient design, even when being plugged in continuously, Alexa won’t consume too much power. 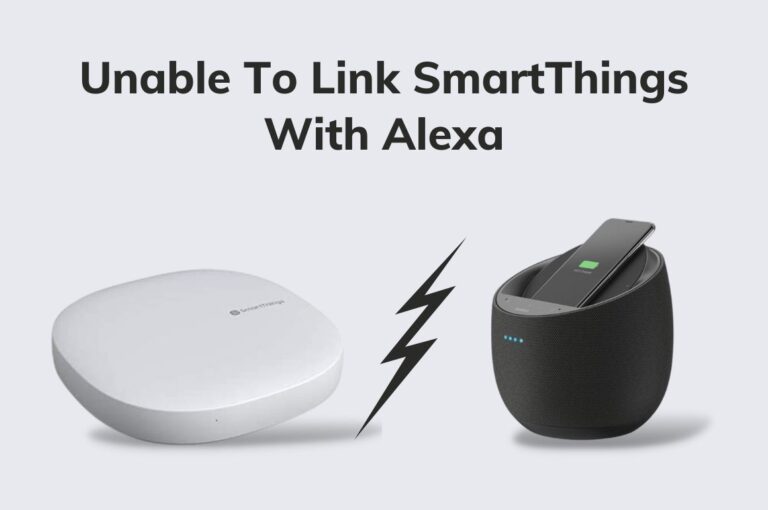 Are you unable to link SmartThings with Alexa? Many people who own smart devices use Alexa to control their devices. While Amazon’s assistant is convenient, sometimes it can be difficult to connect all of your devices to it. If you’re having trouble linking your SmartThings with Alexa, here is a quick solution. Below are a… 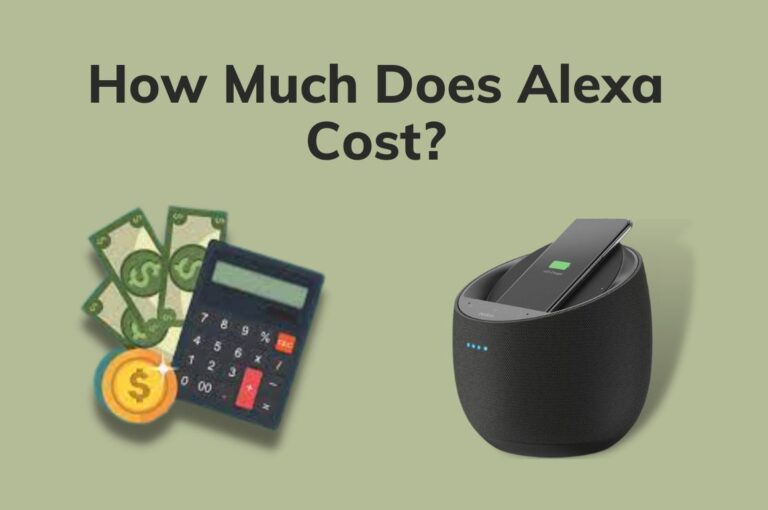 People always wonder how much does Alexa costs per month when they are fascinated by its features. Watching people turn the lights or home appliances on and off with their voices is always mesmerizing. Well, this is not something lavish or extraordinary as you can do the same and much more by having Alexa. When… 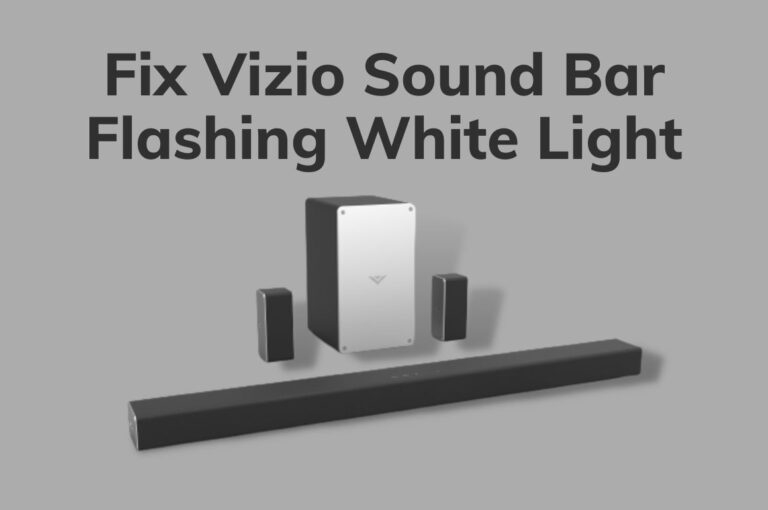 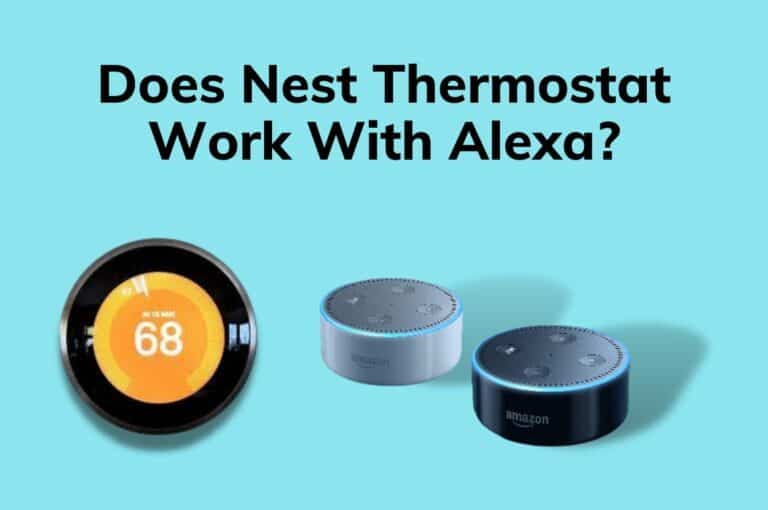 Do you like SoundCloud and want to enjoy music anywhere with Amazon Echo in the home? Great, you’re not the only one; countless people want the same thing. Unfortunately, we can’t do this, that’s what people think, but it’s only a misconception.  Amazon Echo device doesn’t officially support the SoundCloud music distribution platform. However, it… 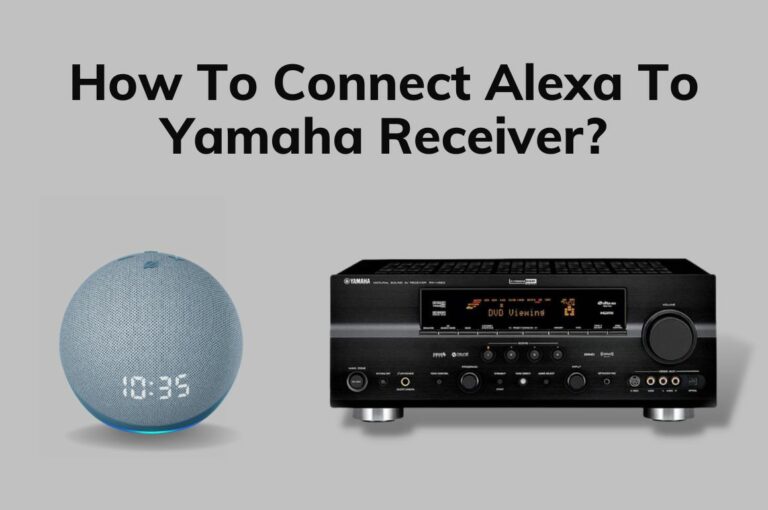 As Alexa has several features to turn a simple lifestyle into a lavish one, you can expect much from it. Best of all, it works with other smart devices like Yamaha receivers to let you enjoy the day. But what stands the best way to connect Alexa to Yamaha receiver?  You must install a MusicCast…

As an Amazon Associate, we may earn an affiliate commission.

Hi! I’m David — a writer, blogger, and proud owner of Smarterve. I’ve been using smart home gadgets and in the home industry for about a decade. I love to solve problems, give suggestions, and create ease for people to enjoy life. This blog is where I can share tips and provide solutions to everyone using smart gadgets. Keep Reading...